"If ant hills are high in July, the coming winter will be hard" American Folklore 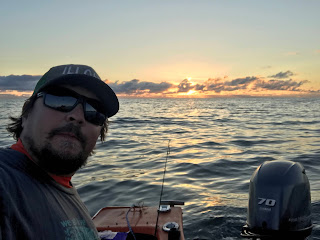 I got out on the ocean a few weeks ago and that felt really good, caught a few salmon, lingcod and cabezon. I love all the quotes  you can read about seeing beyond the horizon. I'm reading a pretty in depth book about Magellens circumnavigation and it is something to think that ancient humans really did sometimes see the horizon as the end. The book literally spends the first 300 pages or so just getting to the point where they are sailing down the Guadalquivir.  I'm trying to see beyond so many things right now, to envision a better place for humanity and I have to be honest It's not that easy. We need more folks to put the boat in gear and place the compass needle at 270 degrees, or whatever compass point gives you a horizon and head for better times.


I've been swamped with folks asking about the summer bulb catalog, and I will say that it's coming soon! I have a busy couple of weeks coming up though and so I'm tentatively going to say it should be out around the first or second week of August.

Mark
Posted by mark akimoff at 9:22 AM No comments:

The End of June

Well June pretty much flew by, it's hard to believe this weekend coming up is already the fourth of July. Back when I was a kid, I sometimes worked summers for a hay bailing outfit in the valley, cleaning up the straw left behind after the swathers and combines had taken the millions of pounds of tall fescue and perennial ryegrass seed that the Willamette is famous for. It was often an index of the season if the straw bailing started before the fourth of July as that meant it had been an early season. I spent a lot of Independance days, however driving a tractor towing a hay bailer at about 2 miles an hour through hundreds of acres of windrowed straw. Every so often I could see the fireworks as tiny little puffs of light from one of the valley towns like Brownsville or Tangent. But usually the dew would come down and the straw would get too wet sometime around midnight, long after the fire works had finished. We would pile into the farm pickup for the hour or so drive back to Salem, faces covered in dust, and sometimes we would talk about how many mice had been picked up by the bailer tines and flung into the waiting talons of  the red tailed hawks that followed us around the field in search of an easy meal. No big life lessons here really, just recollections and memories of growing up in the country. The spring gave way to summer although the weather didn't totally agree who was in charge as it went from 90 and sunny to 50's and rainy this past week.

“The liberty of a democracy is not safe if the people tolerated the growth of private power to a point where it becomes stronger than the democratic state itself. That in its essence is fascism: ownership of government by an individual, by a group, or any controlling private power.”― Franklin D. Roosevelt

I'm still here, although somewhat stunned, shocked, baffled, disheartened, enraged, and engaged in what it is going on in the country right now. I could fill pages and pages with discourse on the murder of American citizens by Police, unleashing the Army on it's own populace, the rise of a racist and fascist leadership in America, white supremicists patrolling the streets of my own home town with assault rifles and all the hell that is breaking loose coming with it. If you don't know where I stand at this point politically then please thumb back a few pages in this blog and figure it out. If any of my standpoints offend you then I have made sure to do my bit to speak my mind. I recognize how privileged I am to have been able to get an education, find gainful employment doing what I love and even start an independant small business without facing racism and discrimination that could have made all my dreams impossible. Take a minute, no take all the time you need to process your own privilege and then think about how you can be active in making sure other people get the same opportunities we did. If you are reading this there is a chance you have some disposable income to spend on flower bulbs, so that means you likely made the most of the opportunities that were given to you. Lets all start to think about how we can use our privilege to give opportunities to others who have been less fortunate then us.

There are flowers in the garden, seems almost silly to be talking about them as our country descends into chaos but I had to get a June post in between attending protests and planning the overthrow of the Nazi regime currently seated in the White House.

Posted by mark akimoff at 8:45 AM No comments:

These days are just packed, despite having no resturants, movie theaters or bars to visit, the boat launches mostly closed so I can't go fishing. I somehow have managed to fill about every minute of every day with something to keep me busy. Lot's of work in the garden lately, as I'm doing an extra big vegetable garden planting this year. I had noticed over the past few years it had gotten progressively smaller and smaller until it seemed to balance out the needs of the two individuals that live at illahe most of the time. But this seems like a time to have a good supply of food on hand so the planting season has been a busy one. There are flowers as well, and I finally managed a quick walk around the garden and greenhouse with the camera on a lazy sunday afternoon that alternated between sun breaks and thunderstorns. 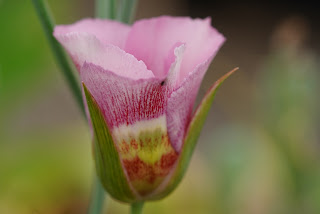 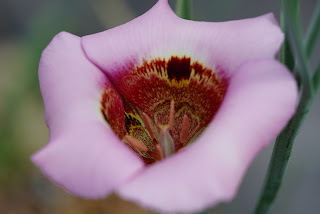 Looks to be a wet week ahead, as soggy sneakers were to be had after a morning walk to check the greenhouse. Good for the plants though as I don't really like to start irrigating anything if I don't have to until well into June.

Mark
Posted by mark akimoff at 7:59 AM No comments:

"Conservatism is the blind and fear-filled worship of dead radicals."
Mark Twain

Blind and Fear filled really seems to be the only way to describe them, Although I would have added the "worship of  dead radicals (and living idiots)" to make it more complete.

I have had a few Tritonia's blooming in the greenhouse for a few weeks now, along with the other South African's like Albuca, Moraea, and Gladiolus. No Ferraria's this year which is a bummer as they are on of my favorites.

Tritonia flabefollia is on right now, with it's long tubular flower, and wonderful veining on the petals in shades of dark plum on the light pink background it really does put on a show. To me the the flowers have an almost mauve appearance. It was late last night when I got around to taking pics so they are perhaps a bit underexposed.

"Yeah, this one's for the workers who toil night and day


By hand and by brain to earn your pay
Who for centuries long past for no more than your bread
Have bled for your countries and counted your dead
In the factories and mills, in the shipyards and mines


We've often been told to keep up with the times
For our skills are not needed, they've streamlined the job
And with sliderule and stopwatch our pride they have robbed

For the worker is working when the fat cat's about

Posted by mark akimoff at 7:43 AM No comments:

"It is better to keep your mouth shut and let people think you are a fool,
than to open it and remove all doubt"
Mark Twain

If that quote ain't as much truth today as it were back in Twain's Day. What an insane world we are living in. With the pandemic rolling along, and the "leader" of the freeworld a babbling buffoon
spouting drink the poison kool-aid, his followers.......oh, here we go again. Occasionally the political hijack of the rare flower bulb blog comes along and things just have to be said.

Easter seems like an eternity ago. In the mean time i've been working on the vegetable garden. Kiddo and I built an aquaponics system in the greenhouse and she is running a comparative analysis of a few different expanded clay grow mediums for the production of Romaine Lettuce, Collard greens and Cucumbers.

Moraea polyanthos, is an easy to grow South African irid family charmer. From an area of the South Cape with year around rainfall, and a prevalance toward clay soils. It seems to be pretty well adapted to Oregon's Willamette Valley. 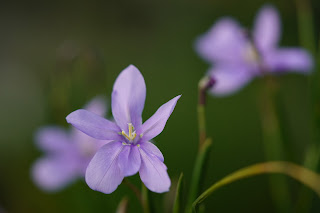 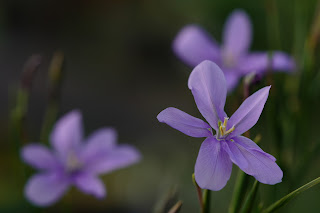 A lot of the South Africans are starting into bloom now. A few Alliums and the Camas species are all coming on nicely as well.

The weather has been in the low 70's for highs and pretty warm nights as well.

Posted by mark akimoff at 9:34 PM No comments: